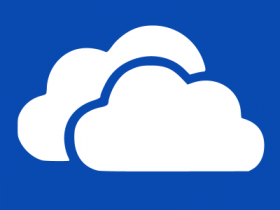 I'm a major fan of Microsoft OneDrive, formerly known as SkyDrive. I've used it since the days of its even earlier name, Windows LiveMesh.

A few times in recent months I've had issues where the SkyDrive/OneDrive sync process hogs loads of CPU cycles, with the Search Indexer process also having the same problem.

After some more digging last night, and not wanting to consider a re-install of the OS (Windows 8.1 Pro), I came across a tool Microsoft released ages ago to help troubleshoot sync issues with OneDrive. Needless to say, this isn't exactly easy to find, but after a good hour of scanning, it fixed some file security and access faults, then prompted me to reset OneDrive. The reset forces OneDrive to do a full file sync and for me took another hour, but once complete, it re-downloaded the files to my laptop and so far the CPU usage is back to normal - it's really worth trying out if you have similar issues!

The tool can be found on this page:

When you subscribe to the blog, we will send you an e-mail when there are new updates on the site so you wouldn't miss them.

What to look for when choosing a website designer

Chris is the owner of Light Bulb Web Design in Carlisle, and has a general interest in anything web design, IT or technology related!

No comments made yet. Be the first to submit a comment

Keep up to date with news and updates